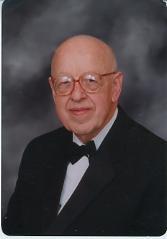 Lifeboats aboard ships are familiar to all of us, even those who have never been to sea, or even aboard a ship. Modern lifeboats are expensive, especially if the ship is large and elaborate equipment is needed to launch the lifeboats into the water. Maintenance of the lifeboats is expensive. Most responsible ship owners require the crew to drill the passengers on proper use of the lifeboats before or immediately after leaving dock. Yet most lifeboats will never be needed to evacuate their ships, so in one sense lifeboats are an unnecessary expense, as are the costs and time required to drill passengers on the use of the ship’s life boats. Furthermore, if an evacuation were required from a ship which did not have lifeboats aboard, one could turn to the various sea rescue services of government agencies or the many not-for-profit sea rescue organisations.

Yet, have you ever encountered doubt about the wisdom of having lifeboats aboard ships, especially passenger ships? No, because the reasons for their presence outweigh the possible cost savings of not having them. Also, on a long voyage there is no way that be certain that other emergency services will be available in time to meet the need.

You will have guessed by now that an analogy is being made between shipboard life boats and Dispute Boards, which also involve maintenance costs, and demand management time of the team from other project participants. However, the costs and time are more than compensated to the contract Parties if the Dispute Board is established before the project “goes to sea”. Further if the project Parties collaborate with the Board so that it can work work proactively, formal Referrals to the Board may never be needed, and the Project “ship” may dock at its destination without formal disputes.

The costs will vary depending upon whether the Board is one person or three persons. There are no arbitrary indicators of which size Board is preferable for a particular project, but three observations are appropriate. One is that The World Bank originally established a requirement for its Borrowers to have a Board if the contract being financed had an initial estimated price (including contingencies) of more than US$10m., and gave the Borrower the option of a one person or three person board unless the estimated price was over US$50m., at which point use of a three person board was compulsory. The FIDIC Contracts Guide (2000), at p.304, offers this example “…a three-person DAB would typiucally be regarded as appropriate for a CLNS contract involving an average monthly Payment Certificate exceeding two million US Dollars, at 2000 prices. If the average monthly Payment Certificate is unlikely to exceed one million US Dollars, a one-person DAB may be preferred for reasons of economy…” In contrast, the DRB Foundation recommends US$10m as the “break point” and recommends a three-person Board for any contract expected to have a value of over US$10m. A principle advantage to a three-person Board is the opportunity to have Board members’ individual skills match the main engineering disciplines involved in a cross-disciplinary project, for example heavy civil works + mechanical or electrical works + anticipated complex or potentially troublesome geology.

Quantification of the estimated cost of a Board is sometimes done by expressing it as a percentage of the Contract Price. Examples can be found at the www.drb.org, by scrolling from the home page heading “Concept” and clicking on “Manual”, then going to Section 1, Appendix A, “Case Studies”.

From personal experience, the author recommends consideration of establishing for cost control a suitable fee rate (daily or hourly) to cover all work by the Board, and avoiding the use of any regular monthly retainer fee (whatever its title), even though such fixed monthly fees have been used by the Multilateral Development Banks , FIDIC, and the ICC. Especially for contracts with lengthy duration, the use of a combination of regular monthly fees plus daily fees has been perceived as unnecessarily expensive. The country with the largest number of Dispute Boards probably remains the USA, and there the retainer fee is not used and instead an agreed fee is paid for time worked.

As with shipboard lifeboats, one could avoid the time and expense of a Board and instead rely upon Government courts or private arbitration arrangements to resolve the Parties’ contract disputes: however, usually that prospect is no more attractive than saving costs by dispensing with shipboard and relying instead on other rescue services.

How can we promote use of our “shipboard lifeboat, the Dispute Board”?

Become an active member of the Society of Construction Law (“SCL”). Being “active” means more than paying an annual subscription. It means also donating time to

Volunteers should be selected to establish and maintain liaison with the Bulgarian Member Association of FIDIC, and with the FIEC/EIC, and other national Bulgarian organisations active in the industry. Liaison should include offering to have SCL presentations at their meetings and conferences.

Other volunteers shoud assist in establishing and maintaining contacts (including occasional joint regional gatherings of SCL groups in neighbouring countries.

Just these few examples make clear that there is much that can be done which will contribute meaningfully not only to SCL and its mission but also to the individual recognition and interest in the services available from those Bulgarian SCL members who are seen to be active in support of Dispute Boards and amicable resolution of disputes.

One important “port of call” is the existing Bulgarian organisations involved in arbitration of disputes. Dispute Boards are not arbitration, and it is important that this is made clear. Dispute Boards are an aspect of contract management, and the principal aim of such Boards is the prevention of formal disputes. Yet, those who work in arbitrations are not “competitors” of those who work in Dispute Boards: indeed, many who are active in dispute resolution in the engineering and construction industry are active in both arbitration and Dispute Boards. Both forms of dispute resolution have “overlapping” skill requirements, but the skill requirements are not entirely congruent. It is important that arbitration practitioners see and understand that Dispute Boards will not “take rice from their bowl”. So SCL should seek to collaborate with the Confederation of Employers and Industrialists’ KRIB Court of Arbitration organisation and the organisations of the Bulgarian Chamber of Commerce and Industry (BCCI), and the Bulgarian Industrial Association.

The second “port of call” is the DRB Foundation, an internationally active not-for-profit organisation which promotes successful use of Dispute Boards, and has for many years collaborated with SCL, both in individual countries and in SCL International Conferences in various countries. Details of the DRB Foundation are at www.drb.org, including details of the Foundation’s Country Representative in Bulgria. You can count on the enthusiastic support of the Foundation in your work to develop SCL’s activities in Bulgaria and neighbouring countries.

What “sales resistance can we expect in promoting our “shipboard life boat Dispute Boards”?

There likely will be two areas of resistance. One probably will be articulated; the other may not. The articulated resistance is likely to come regarding cost, and here the data base of the DRB Foundation can be of much assistance. Also, it is useful to present a comparison of Board cost with the cost of arbitration or litigation. Also, it should be noted in such discussions that there is an unquantifiable cost arising from arbitration and litigation, and it is not readily estimated in money terms but is of great importance — the damage to (or destruction of) future commercial relations between the contract Parties.

The possibly unarticulated resistance will be “territorial”. The Employer or Owner may be reluctant to have an “outsider” intimately involved with the details of the project, and may also feel that a Dispute Board “complicates” the organisation and management of the project.

The Contractor may feel that its planning and programming of its construction may be evaluated by someone who does not fully understand the complexity of the challenges of the construction required.

These “sale resistances” are best overcome by clear understanding that the Board is not taking on the contractual duties and powers of any of the other participants. The Board is part of the team seeking successful completion of the project, and the Board’s task is confined to assisting the Parties in the prevention of formal contract disputes, and – in those instances when a formal dispute cannot be avoided — providing an independent expert opinion on the matter in dispute, still leaving open the Parties’ access to final resolution of the dispute by arbitration or litigation.

The way ahead in Bulgaria

A lot of work lies ahead, with only two consolations. The first is that the joy of success in assisting Parties to achieve amicable settlement will remain in your memory longer than memory of the effort you made. The second is that you are not alone: the DRB Foundation is available to assist you.

Good luck, and to close by a return to the nautical analogy, “Anchors aweigh, and Godspeed!”